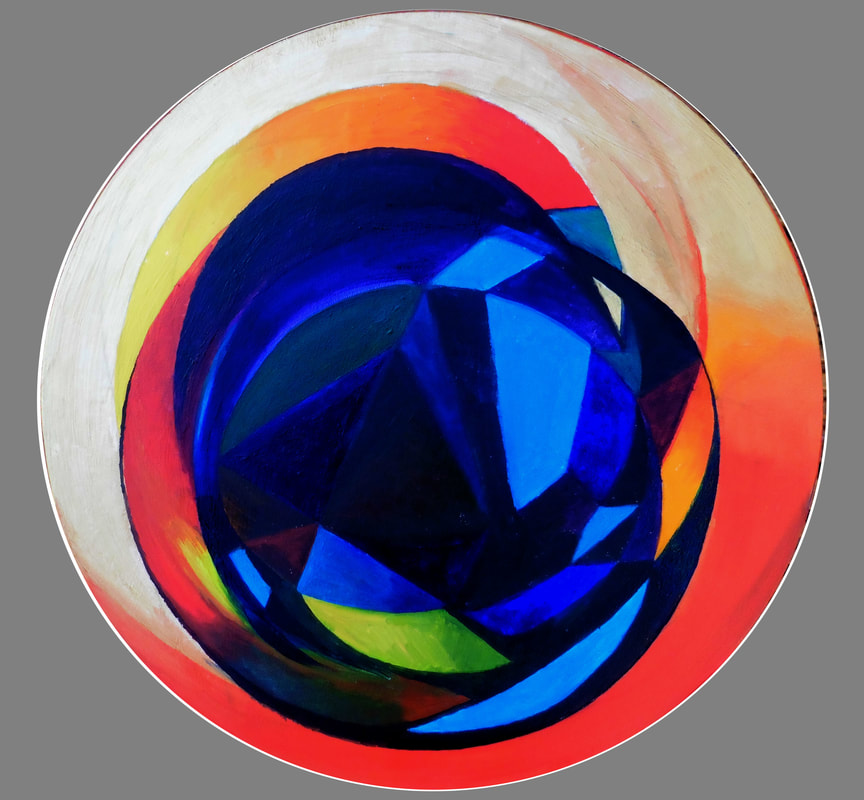 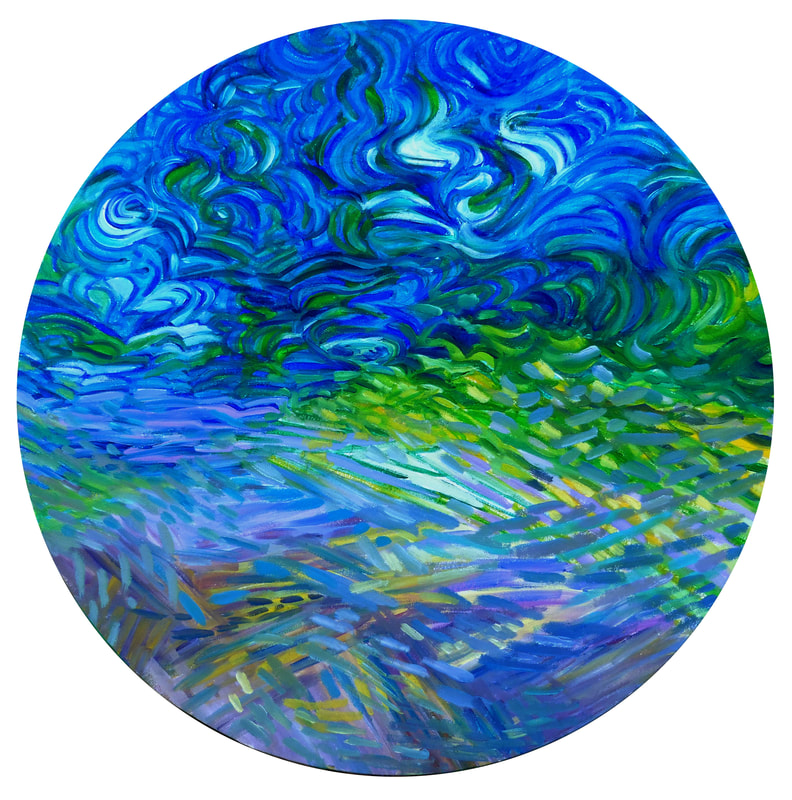 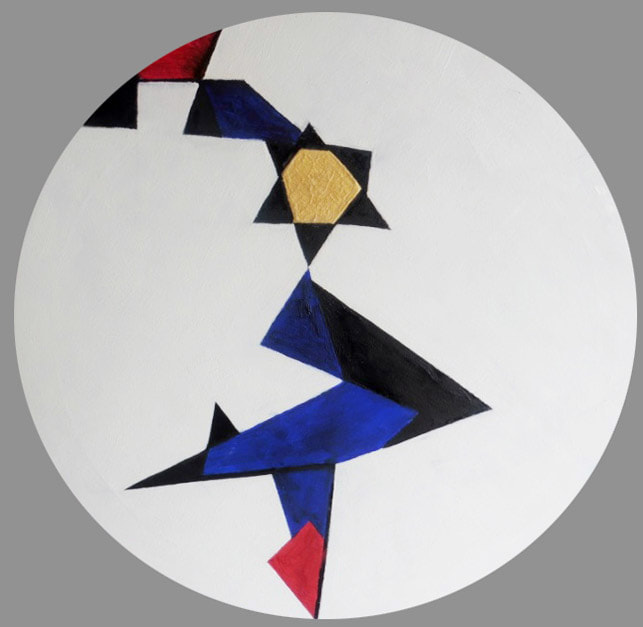 Since 2015 I've been painting abstract compositions in oils on small square deep-sided canvases, allowing the modules to be transposed to make new compositions. I began with spontaneous designs (or doodles!) into which I worked, changing the format in which they're arranged so that they would "work'" in whatever configuration they're finally mounted together.

Any figurative titles I give the paintings have to be added last, when the composition seems to have reached a stage of at least temporary formal finality, otherwise I'm prone to relapse into trite clichés of illustrative figuration. Constantly reversing and revolving the canvases in relation to one another also helps to keep my work progressing on abstract lines.

Metallic paint
I use metallic paint because I love the way that gold surfaces remind me of icons and the richness of medieval paintings. I also like the way that gold paint lies on the surface of the picture plane, in denial of "pictorial space". Applied thinly, gold paint forms a kind of one-way mirror or veil through which shapes and colours can dimly be glimpsed. Silver paint is interesting in compositions of greys and white, again because it's decorative and flat, rather than tonal.

The Matrix series
In 2016 I've begun squaring canvases up with a grid to give myself a structure to work into, across and against. The sides of the canvases are 3.5cm deep and I sometimes extend the configuration of the front plane of the picture into the third dimension of the edges, or I may paint the sides in a plain colour, white or black.
Below, two possible compositions of Matrix #8. Of course, there are many more possible permutations.
Matrix #7 is a horizontal re-arrangement of the 4 component canvases of "Windmill" (below).
Matrices #4, #5 and #6 were painted together as one composition on three separate canvases. They can be displayed linked or as separate compositions. 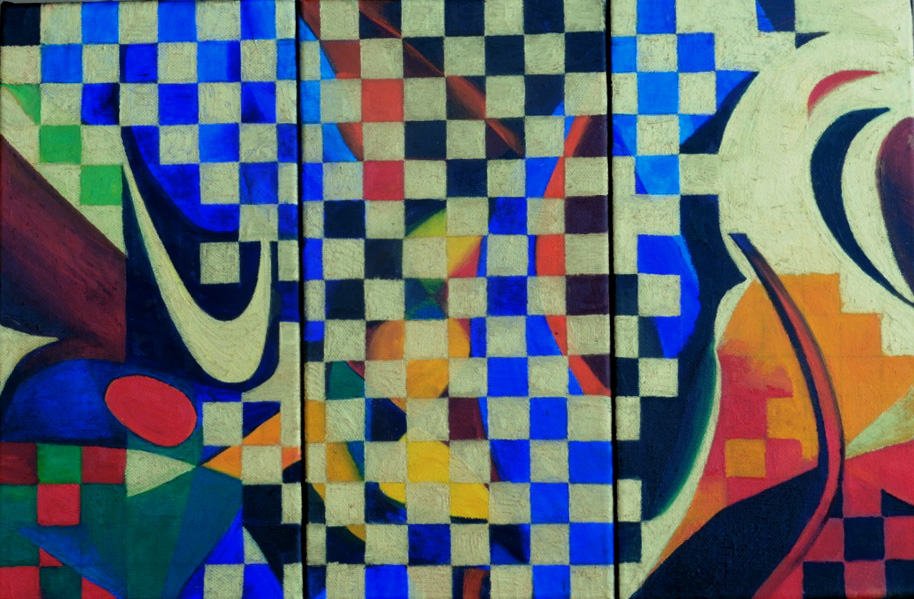 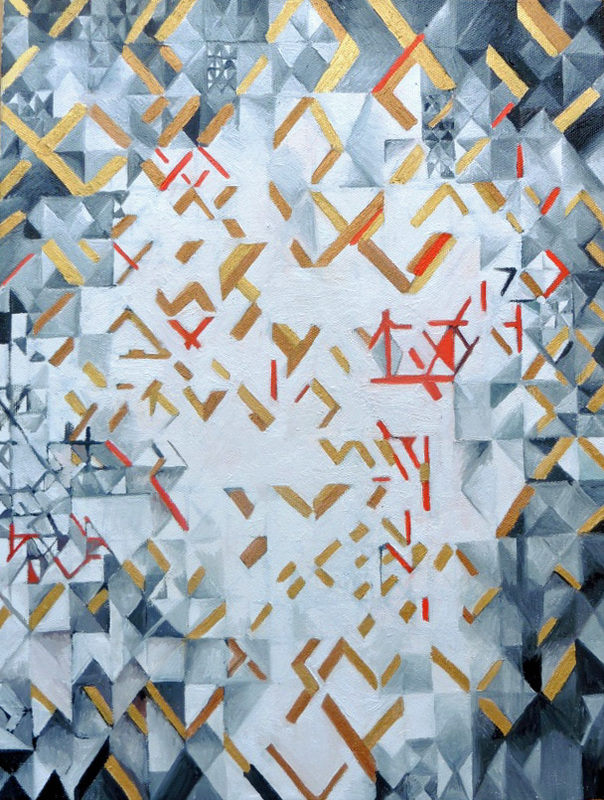 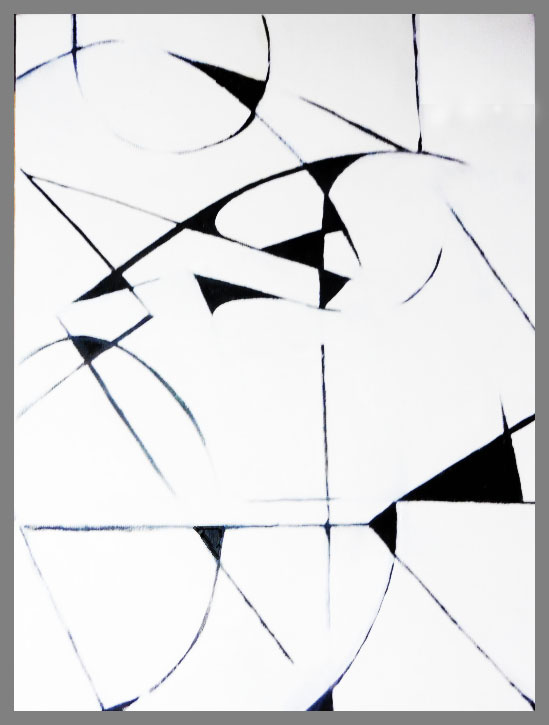 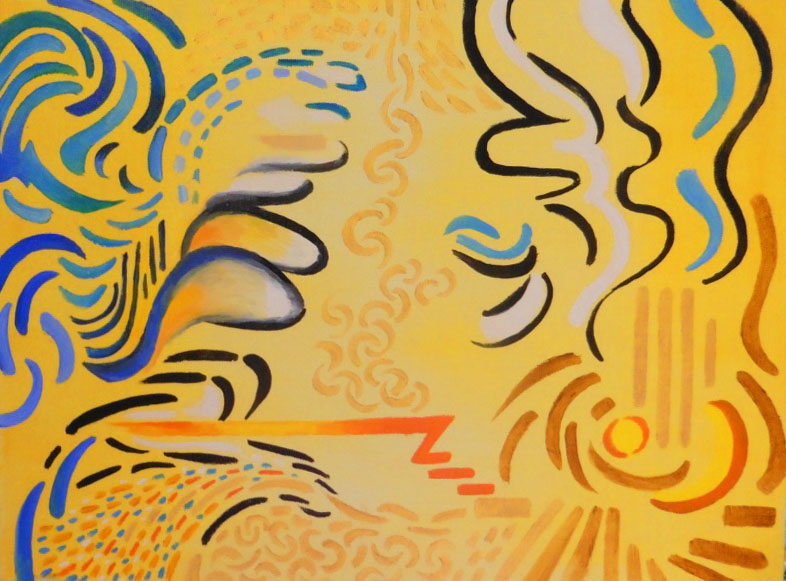 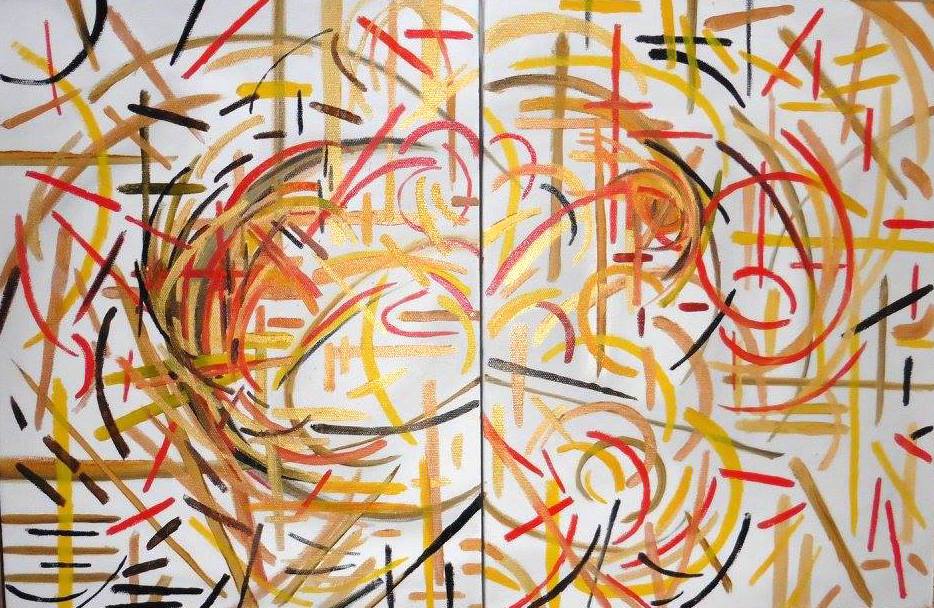 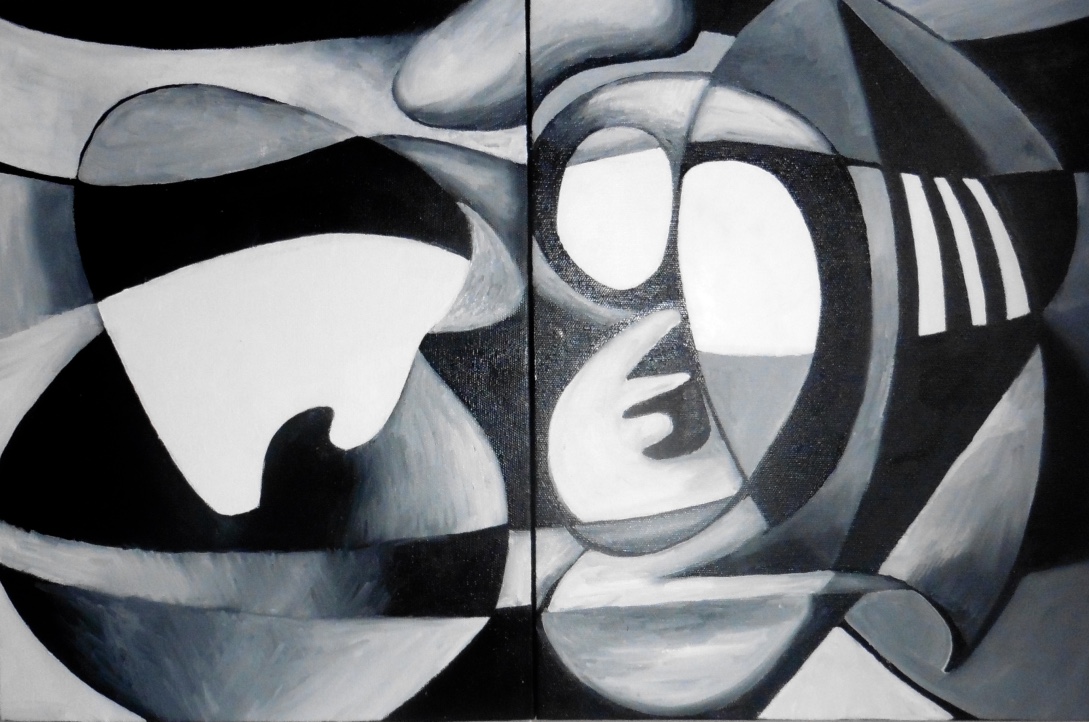 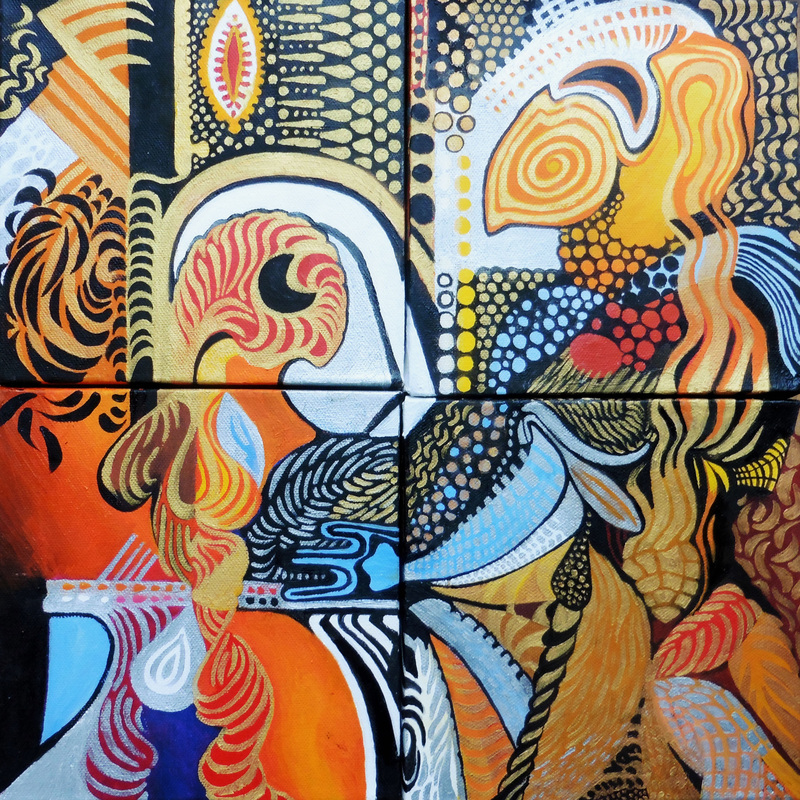